As you know, Henry has mud fever around his left fore pastern.  I have followed all advice, including my own, about how to tackle it, but all I have achieved is to move the sore patch further around toward his heel, and make him even more sore.  Henry's pastern is puffy (not warm), and has a combination of dry scabs which is the healthy healing skin where the infection began, and some thick mud fever crusts where it has shifted to.
I have washed the area in Hibiscrub, picked and dried, applied creams and potions, but this time I alone just couldn't shift it, and Henry was beginning to hate me too despite it taking at least a bag of treats each time I needed to work.
So, I called the vet.

When Henry had it before, you may remember back in February this year, the vet gave me equipalazone and a course of anti-biotics.  And I had concluded that this two-pronged attack was the only way I was ever going to get rid of this menace once and for all.  To tackle it from the outside with cleaning, de-scabbing etc. and with drugs tackling it from within.
Jess, the vet,  firstly sedated Henry a little. Remember:   Henry is allergic to the sedative so he can only have a 'donkey dose'.
Then Jess washed the area using and already mixed Hibiscrub solution  of 1:100 parts pink:water, and pre-soaked swabs in a plastic container (only do this as you need it, you can't keep this mixed for a second time).  She rubbed the area gently whilst Henry pawed the air with his leg, and removed all the scabs with the Hibiscrub soaked swabs, it took about 5 minutes.  Henry's bare skin was salmon pink and clean.  Jess did all this wearing gloves too, because you must be very careful with mud fever, those spores of bacteria must not be allowed to spread or infect another part of the horse.  So everything gets destroyed afterwards, and hands are scrubbed.

Then the whole area, not soaking because Jess didn't use any water to soak the scabs like I did - just the swabs - was dried thoroughly using 'blue-roll'  the catering type of tough blue paper roll.  several sheets (all disposable) were used repeatedly until Henry was dried, and this seemed to dry Henry very well with marginally less fuss than a towel. 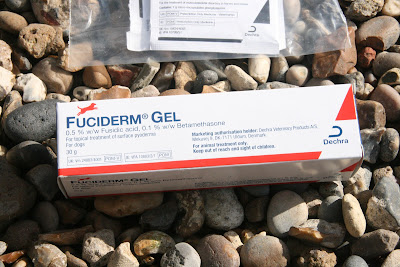 Next, Jess applied a cream to Henry's pastern, it's a must to wear gloves to do this, the cream contains steroids and prolonged contact with your skin could cause health problems...and you might notice from the box, there's a picture of a dog...this cream is for all animals, but not humans. Anyway, it obviously felt good because Henry stood perfectly still and shut his eyes and breathed a big sigh of relief.  The cream is a steroid and anti-bacterial, she has left me 2 tubes to apply once a day until it has gone.  Jess said I should only pick off the scabs if they return with a vengeance, otherwise, if it's just a little, just apply the cream and that should suffice.
Henry then was prescribed a course of bute (2 days worth only), and anti-biotics for 5 days.  This should sort him out! 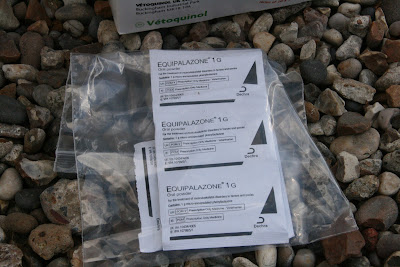 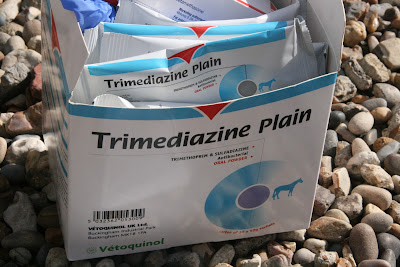 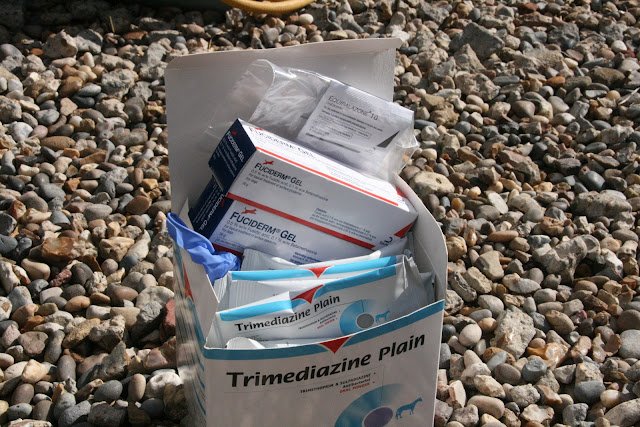 Already he seams happier too.
Tom....well, he just looks on in his usual mildly amused fashion, calm and nonchalant.  Love those horses. 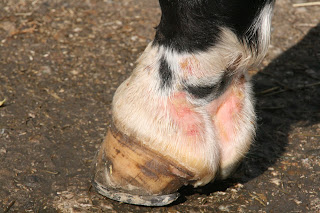 Henry was very good, he let Jess scrub his very sore area, made sore by me trying to rid him of the mud fever, and failing. 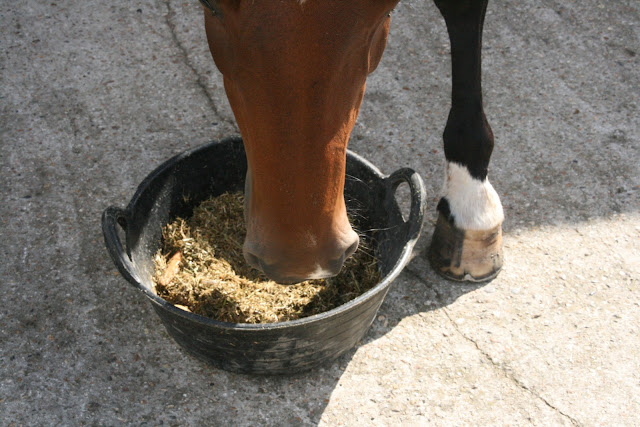 LESSON: don't let your stubbornness thinking you've got it handled stop you from calling for help, your horse will only have to suffer longer.  And actually watching a vet perform this sequence, and her technique varying form mine has taught me how to be more effective for my horse if ever it should happen again.
Henry is out now, wandering the grassy land with his best mate Tom, having eaten a second breakfast containing the drugs, as if this morning was just like any other.
I should have called the vet earlier, but being human means we can learn from our mistakes, and this 2 pronged strategy is what I shall be advising in future.

John, meanwhile, has already been on-line to order me a lifetime supply of all the dressings and swabs that Jess used, so I'll have everything to hand, he will also need to build me a larger first-aid cupboard, mine is already full....well you can't be too careful! 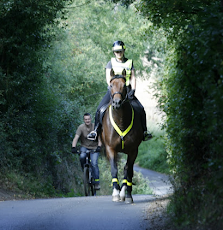 Shelley Rand
like many girls my interests have always been the same: boys, horses and clothes.